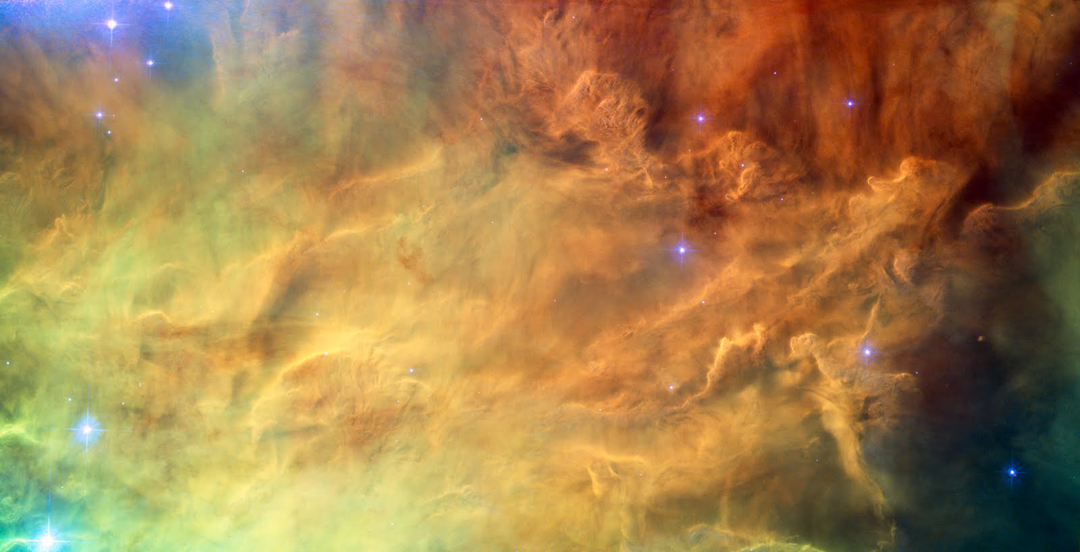 Nebulae are known to be places where stars are born. The image above is the Lagoon Nebula as imaged by Hubble Space Telescope. They are big clouds of atoms, atoms of different elements. Even observing nebulae that are many millions of light-years distant, we can still distinguish large amounts of: hydrogen, helium, and oxygen. Learn more from an organization that cares about calculations and the integrity of data:
the abundance of elements in the universe.

The elements are not distributed uniformly throughout a nebula, usually various areas have higher concentrations of one element or another. Hydrogen, helium, and oxygen are fairly ubiquitous. Carbon is the next most abundant element, followed by neon, iron, nitrogen, silicon, magnesium and sulfur, respectively. Remaining elements are present in much smaller amounts.

Mass Vortex Theory accepts the presence of a nebula in space without saying anything about how it came to be present. It is a given of the theory.

Below is a logarithmic-scale graph of what NASA concludes regarding the average abundance of elements in our solar system.